| Learn how to use this builder 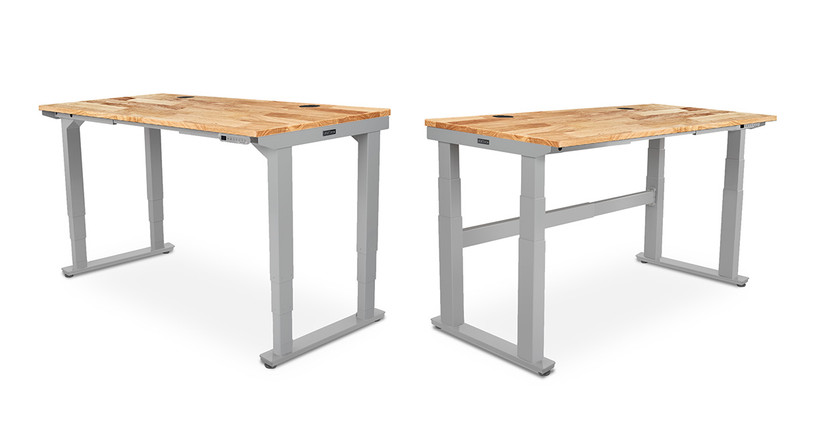 Most desk issues can be solved quickly by following the UPLIFT Desk reset and troubleshooting instructions page. These steps can be completed in just a few minutes. If you still need assistance, please visit the UPLIFT Desk Contact page.

We stand firmly behind the quality of our products. All UPLIFT Desk products come with a 15 Year Warranty, visit the UPLIFT Desk Warranty page for the full policy.

Starting Price
$1,209.00 List Price: $1,746.00* The list price is the same as the MSRP (Manufacturer's Suggested Retail Price). It may not necessarily be the price at which the product is sold.
3 reviews FAQs
Ships Free (US 48)
Ships same business day if ordered by 3pm Central

Sitting for most of the day can wreak havoc on multiple systems in the body, which is why it's a good idea to switch up your postures as you work. With the UPLIFT Four Leg Adjustable Height Standing Desk, you can start working in a new direction - upright.

The stability of four legs gives you enough lifting capacity to elevate heavier desktops and even conference tables up to 530 lb and the security that your sit-to-stand workstation will be steady and reliable through all of your sit-to-stand transitions.

This product is available for purchase on upliftdesk.com.

Learn more about each option

We get it, you're looking for more than just a single desk. In most cases, we can offer bulk quantity discounts for orders of smaller purchases placed over time. Bulk deals are based on expected volume and the products you chose. We can also provide you with brochures and swatches to help you make your decision.