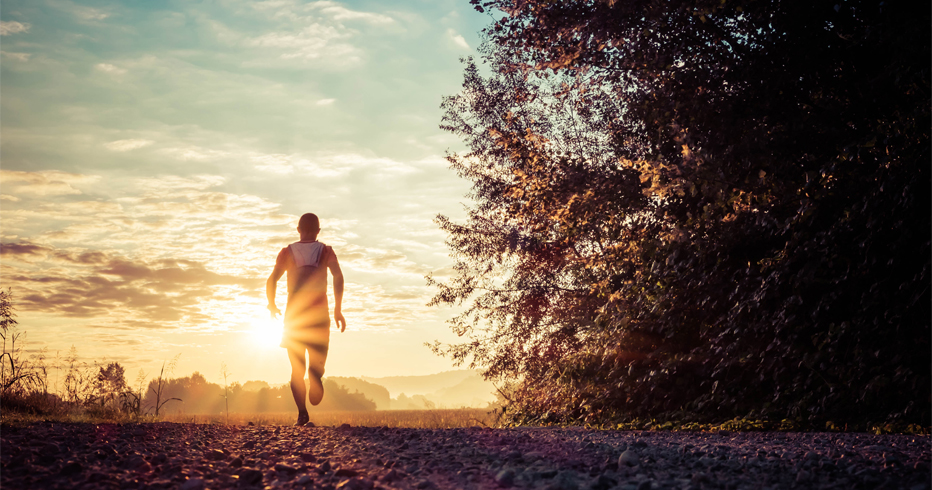 I’m forty-years-old, a single father of four awesome kids, employed with a great company that treats me well, and have an amazing girlfriend.

I have a lot for which to live.

About two months ago, I was jogging on a trail in Maryland and just wanted to stop and walk. I knew, though, that the desire was not rooted in real exhaustion as much as I just didn’t want to do it anymore. I began to think about that as I continued my snail’s pace of a jog. I began to think about all the things I rarely say no to and all the stuff that I say no to a lot. Food, fun, entertainment are all things that rarely get a no from this guy. Eating right, exercise, and healthy choices are often a no for this fella.

As I jogged, I thought about that and began thinking about the advice and correction that I give my kids quite often. I was living a pretty hefty double standard. I knew (and have known) that’s unacceptable and a great recipe to inspire several nasty traits in my children (broken relationships, poor life choices, etc). I was teaching them and they were learning.

My thoughts moved on to my goals. What were they and how I was going to achieve them. This turned out to be a fairly philosophical jogging session. I began to think, of all things, about my potential grandchildren. Then I even began to wonder about great-grandchildren. This may seem kind of silly since my oldest is fifteen and my youngest is eleven. Seems a bit presumptuous and premature of me at first glance, but let me explain.

While shuffling along the trail, I asked myself if I wanted to be around to see my kids have kids. Then I wondered, do I want to be around to see those kids have kids. The answer to both of those questions was a resounding yes. I started doing math and (I will spare you the long drawn out equations) discovered that I would need to live to be at least eighty-five if I was going to see my great-grandchildren using rough estimates and a lot of assumptions.

At the time, I weighed just shy of 300 lbs. I am 6’6” but still, that’s way out of bounds. I am already on blood pressure medicine owing to that obesity state. I am not diabetic, but man, that must be just around the corner. I work in healthcare and read charts all day about forty-year-old men who have kidney failure and heart conditions BECAUSE OF THEIR LIFESTYLE rather than any inherent and/or congenital pathology. My mother is an osteoporotic, post-bariatric obese, hypertensive, diabetic, emotionally wrecked shell of a human. That’s my genetic future.

My dad? Yeah, he’s just a general all-around loser, but he’s still healthy, so I have that on my side.

I finished my jog and as much as I would like to say that my whole outlook on life was revolutionized, that’s not what happened.

Nothing changed. I did, however, keep on thinking about that desire to see my great-grandchildren.

I need to back up for a moment. About a year before all of this, I had, in a spurt of golden eyed inspiration, decided to sign up to run a Spartan Race. My girlfriend had already completed four of them and I had been her mule and default photographer for most of them. I watched these races and those that participated in them and noticed that there were dudes out there in much worse shape than me still doing it. Thus, I decided that I, too, would attempt this first world ridiculousness. Being a lazy male of our species, though, I did what any lazy male would do. I saw how far away the race was (about a year) and figured that I had tons of time to prepare.

As we all know, tons of time reduces exponentially.

As the date of the race neared, I realized that the only “training” I had done was to run a few miles a few times a week and that’s only if I was pushed by friends. I hadn’t done any upper body training. No strength training. Nada. At one point, my girlfriend, wanting to be supportive, sincerely asked me if I wanted to do this. She gave me a way out of it and I was inches away from dropping the whole thing.

There was a problem, though.

I had told pretty much the whole world that I was going to do a Spartan. My kids, guys in fitness groups, friends, and my girlfriend. It would be supremely obvious that if I dropped out of the whole thing a month before that I would officially be a quitter. That’s how I saw it, anyway.

At this point, I have an OCR run coming up, I am unhealthy and unfit, I have job that has me sitting for at least eight hours a day, and I am eating like calories are a myth.

Something needed to change and that knowledge was nagging at me day and night.

Historically, when I got to this point, I would get all wound up and do something drastic. Sign up for a new gym. Get a trainer. Go strict Paleo. Make charts and plans and goals like a manic meth head. In my life, that cycle has happened more times than I would like to acknowledge. It has been very expensive jerks and twitches toward a healthy lifestyle that would, in the end, always fail for me.

Let me rephrase that. The plans didn’t fail me. I failed the plans.

For a while, I had been considering the option of getting a standing desk to, at least, get me off my butt all day. The long days of sitting were causing me to get pitting edema in my ankles and I could already see the casualties to my peripheral venous system from the long-term Jabba the Hutt work life. Due to the education required to do my work, I had intimate understanding of the pathophysiological repercussions of my lifestyle.

The poor eating was poisoning my body and prepping my system for cancer, diabetes, heart issues, and liver issues.

The long days of sitting were letting all the toxins in my body and intestinal tract just sit and stew all day. Seeping into my nervous system and altering how I thought and felt.

The lack of movement was setting a course for brittle bones, weak joints, and chronic back problems (up to this point, I have avoided any back trouble).

Standing desks, though, aren’t cheap. They can be affordable, sure, but the kind that I wanted wasn’t cheap. Think of it like this. If you had the choice to buy a used 1985 Ford Escort for next to nothing and are okay with accepting the less than perfect accommodations that car would give, great. I didn’t want an Escort, though. I wanted something a little more in the Escalade area and that would cost me. So, I held off.

Then one evening I started laughing at myself.

I spend a lot of money on stupid stuff that does not help my health and wellbeing at all and here I was debating on spending money on something that could, potentially, change my life for the better.

I jumped online and started researching.

I ended up on Uplift’s website buying an electric adjustable desk that could easily rise much higher than I would ever need. While researching the desk, I also saw walking treadmills. If I thought the desk was pricey, the TMs were much more so. Regardless, I was in this now and I was determined.

My thoughts were that if, instead of sitting all day, I walked all day, I may just make a dent in my health and wellness. To be fair, I had stolen the idea from a novel I had read in which a character was an obscenely overweight writer who decided to get a walking TM for when he wrote and it changed his life. Good book.

I made the order and the equipment arrived a few days later in giant heavy boxes. I got it all set up (with amazing help from my girlfriend) during the weekend and started using it on the following Monday. I am not exaggerating when I say that change started immediately. I started walking at a speed 2.0 and walked nearly the whole day covering easily 20k steps on my first day. Up until that moment, my record for one day may have been in the 17k range and that was on days that I had run or walked around a fair for a few hours. My average weekly steps were just over 30k. I now blow past that in a single day. My weekly steps have crossed the 100k mark routinely now.

That’s just numbers, though. The affects have been astounding. Better and clearer thinking. Huge gains in energy. A more positive attitude. Better sleep. And, maybe most important, I actually feel good about myself. That didn’t happen often prior to this investment. It’s hard to put into words the dramatic results I have experienced.

I have read about other people’s achievements and their almost advertisement like way of promoting their regimen. Whether it be a new PX90 thing or a running thing or a strength training thing and those all work wonders for those folks. I couldn’t ever seem to catch onto that wave. All my excuses are just excuses but they were the normal ones that are used frequently.

This path allowed me to literally exercise all day.

Yes, I should and plan to add some things to my workout to keep my core and upper body strong. That is needed for sure. However, right now, I am just excited to have finally found something that I want to do. In fact, it’s kind of become an addiction. When the weekends come, I wonder now how I will get all my steps in. When I travel, I miss my treadmill. It’s become a passion.

I had this new setup for about two weeks when the Spartan Race arrived. I don’t think the walking TM did me much good regarding my success in the race, but I was still successful… to a point.

And then I fell flat on my face.

We all went to jump the fire and between exhaustion, trying to sync my jump with my team, and knowing there were 1.2 billion people watching, I put my upper body too far forward and when I landed, I was already falling forward.

I embraced the fall, skidded about two feet and rolled to my back like a man who had been shot. I started laughing (along with everyone watching) and my cousin helped me to my feet and we crossed the finish line.

I will add, though, that when we were looking at our finish times, both my cousin and I noticed that my girlfriend’s time was about four or five seconds faster than ours. We quickly realized that’s because when I fell like a fool, she had kept going and crossed the line before us. For that, we gave her a lot of grief.

Desiring to never put my own children in the position my own mother has placed me.

Wanting to be a sexy dude.

These reasons finally added up to me getting it together and making changes. However, the biggest single factor in the change is that I found something that I want to do. I know all the stuff I am supposed to do but the transition between “supposed to” and “want to” had eluded me my whole life.